Passionate about integrity, trust and acceptance for all people, Aveline has perfected a process of Customer Journey Mapping that helps businesses and industries understand the gaps in their customer’s journeys, create a solution, and realise the true profits available as a result of positive customer experiences.

Her vision is to return the integrity and trust to the journey for the customer, the business and industry.

These redefined journeys deliver profit-enhancing outcomes whilst returning integrity and trust to the business.  Customers win, businesses win, and industries ultimately win too.

"I believe in a better world with peace, trust and integrity for everyone."

Aveline grew up in Melbourne and moved to QLD where she completed her Bachelor of Commerce degree at Griffith Uni.

She worked in commodity trading for 2 years in Sydney, which exposed her to ‘big business’ at a core GDP level.  She learnt core skills such as resilience, negotiation, relationship-building and the ‘untaught’ skills in university that are so important in the business world for success.

During this time she experienced first-hand the devastating effects of discrimination against her as a successful woman in the corporate world.

This experience inspired in her, as an aspect of her core values, a deep determination to advocate for women or anyone else suffering from discrimination in all forms in the corporate and wider business world.

Aveline became a single mother at 25 and continued to work in the corporate world to raise her daughter and support their lifestyle.

She continued to work in large corporates, being attracted to roles that included a challenge to solve problems for the staff and customers, using technology and human psychology.

Her greatest achievement was developing a benchmarked onboarding experience at NAB that spanned the entire organisation and resulted in turning around a multi-million dollar deficit problem they had with high turnover and low engagement, to one of sustainability.

She took up the next challenge of leaving the corporate environment and moving into small business ownership to help more businesses thrive.

During the years that followed she continued to evolve her work with people, processes and engagement by utilising marketing automation technology and extracting value in every journey.

She made a lifestyle move to Nth NSW when her twin sons were 4 so she could spend more time with them whilst working remotely for her clients.

After mastering marketing automation technology and processes for small businesses she continued witnessing the same issues she had experienced and addressed in the corporate environment.

Over 12 years of working in small business she also witnessed a number of injustices and industry-wide gaps in customer journeys that were devoid of integrity and trust.

Aveline’s journey has cultivated in her a deep desire to create better processes and experiences for people whilst removing injustice and mistrust within the customer experience. She is inspired to continue solving the fractured experiences for customers in different industries, beginning with digital marketing.

Aveline enjoys expanding her purpose, her awareness of what is possible, and loves connecting with like-minded individuals to continue making a difference in the world.

Feel free to reach out to her and see how you can join with her to create positive customer journeys and bring back integrity into broken business experiences for customers. 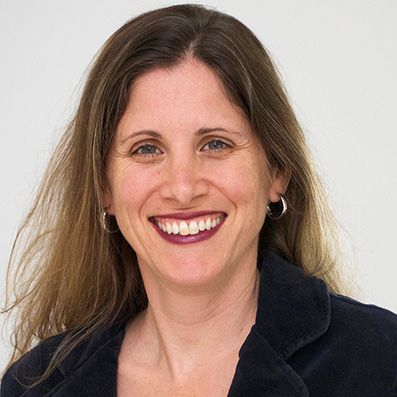 Want To Plug The Gaps In Your Customer Journey?

Enter your details below:

To learn more about Our Approach, click here now